Leaving the Chesapeake Behind

Memorial Day was a spectacular cruising day on the bay! We enjoyed weaving through hundreds of sailboats leaving the MIles River as we approached St. Michaels. Since the holiday crowds were leaving, we were able to get a beautiful anchorage inside the harbor just as the festivities were coming to an end. As we were setting our anchor, we were greeted with the sound of the town church bells playing ” America the Beautiful”! We couldn’t wait to go ashore and get a closer look at this place! We took a quick dinghy ride to the dock and walked the waterfront before having dinner at the Crab Claw Restaurant. The next morning, Katie, Galen, Mary Katherine and Nate joined us for the day and we enjoyed the town’s maritime museum, shops and restaurants. Wow, what a treat! St. Michaels is one of the most picturesque and friendly boating towns that we have ever experienced. Later in the afternoon, threatening thunderstorms sent us hurrying back to the boat. Thankfully the worst passed us by and all we got was rain and some late-night gusting wind, which makes for a restless night when depending on an anchor to hold your position.

Early the next morning we started up the bay and as we waited for the opening of the Kent Narrow Bridge, we were joined by 2 other looper boats that we cruised with for about 7 hours until reaching the C&D Canal. These couples had a lot of local knowledge, so it was great to communicate with them on the VHF radio as we cruised through waters that were unknown to us. At the end of the canal, we were ready to call it a day, so we slowly cruised up to the docks of the Delaware City Marina where we were greeted by the owner and his dock master. After helping us get docked, he informed us of his daily weather briefing for the following day’s journey down the Delaware Bay. The briefing was quite an education as he combined data about wind, current and tides to help the 8 attending loopers make a decision about the proper timing to start the next leg of our journey. The consensus was to have the first boat depart at 5:30 the next morning and have each boat follow at 10 minute intervals to take full advantage of the tide flow down the Delaware River. We came away from the meeting wondering if these people were taking all this a little too seriously. We were used to pulling the anchor no earlier than 8! This is supposed to be fun, right? Well, we fell into line and agreed to be the last boat to leave, which ended up being at 6:30. Stel and I were up and ready to go after pulling on 4 layers of clothing and rain gear. It was our second dreary and overcast morning and only 50 degrees at departure time! We started to understand the wisdom of this plan as we shot down the river at a record breaking pace of 12 knots for the first couple of hours of our 55 mile trip. We welcomed the sight of historic Cape May as we entered their harbor with 6 other looper boats close behind. It was time to rest a bit from the long cruise, but would have time to check out some of the sites and find a good restaurant before we called it a day. We hope to see more of Cape May during our short time here, but will then look forward to planning and preparing for the trip up the coast of New Jersey and into New York Harbor.

Appropriately named Kent Narrows Bridge…if they had made this bridge opening a little narrower and the current a little swifter, then this might have been more fun! 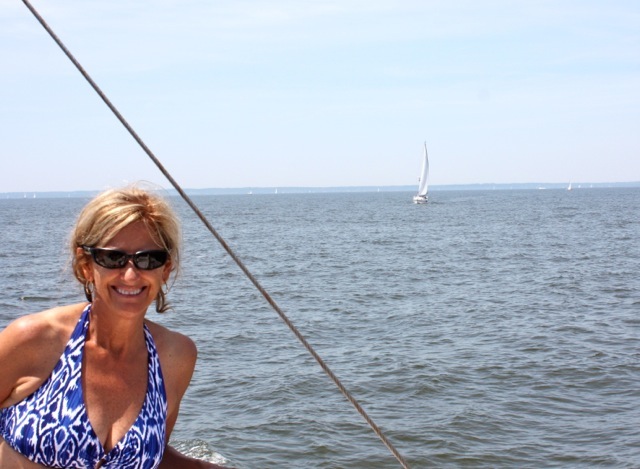 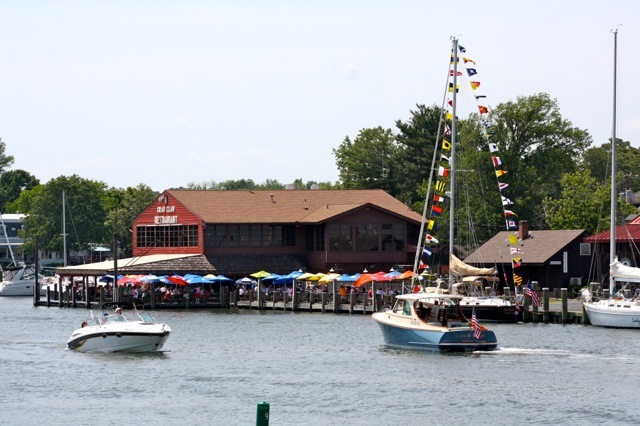 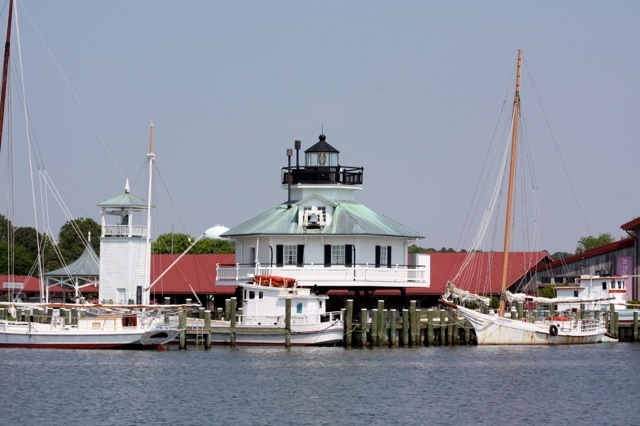 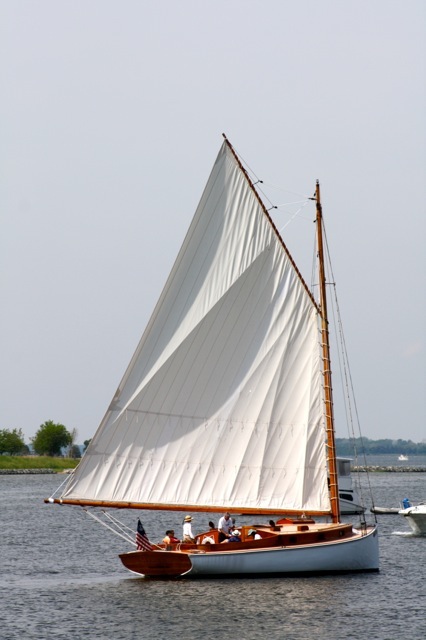 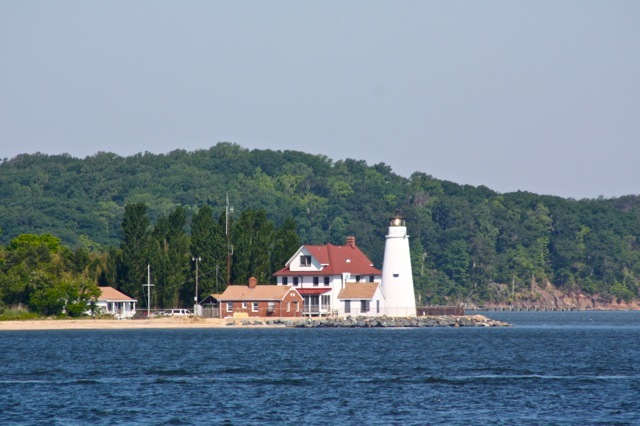 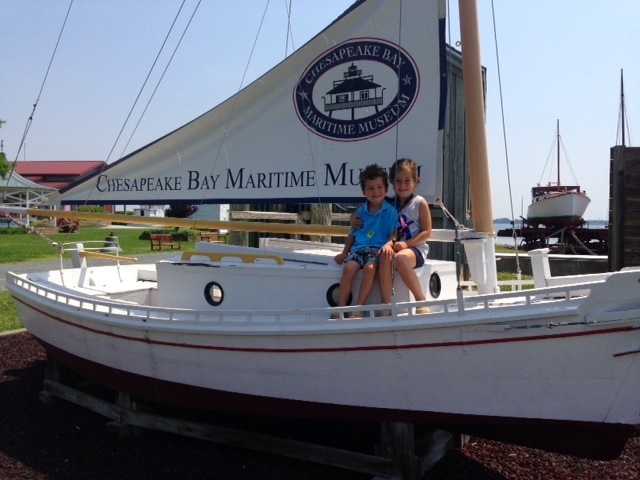 Can’t get enough of these guys. 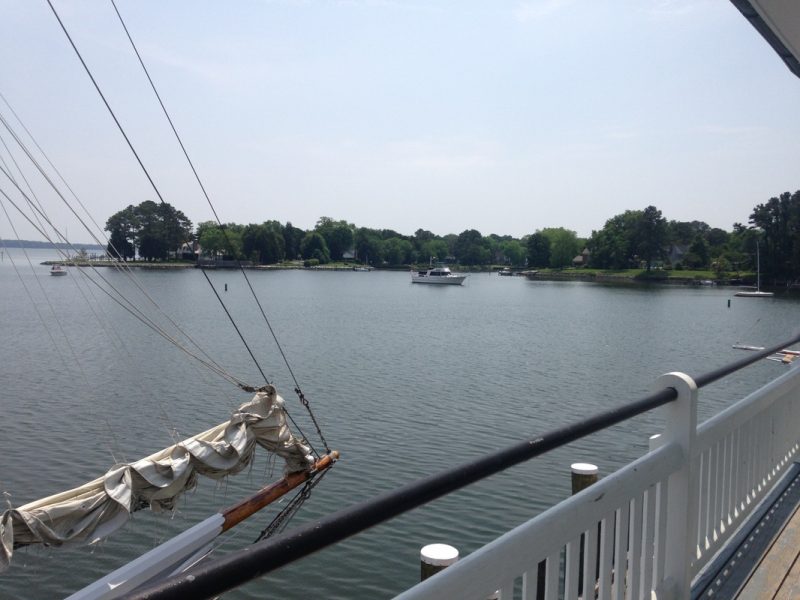 Estrellita anchored for a few nights in St. Michaels 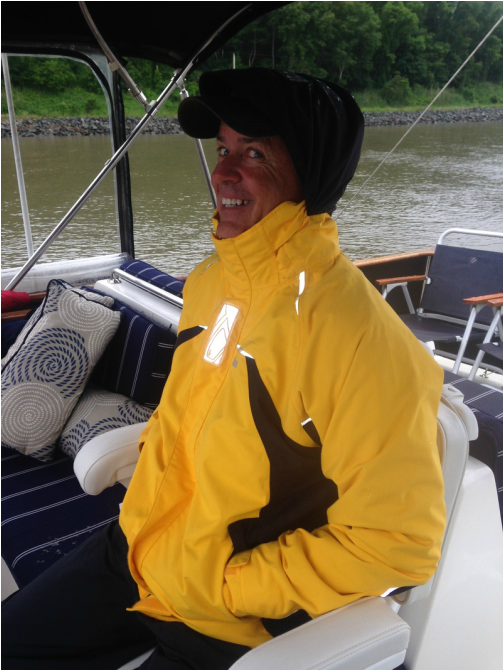 A brisk 6:30 start down the Delaware River