From Little Towns to The Big City

We were loving our time in the small towns along the east side of Lake Michigan, but we knew that the unpredictable weather of the approaching autumn months called for us to be off the lake and in Chicago by mid-September. We were fortunate to have 2 great weather days in a row with variable winds and sunny skies, so we made the best of them and cruised from Grand Haven to Chicago with overnight stops in Saugatuck and Michigan City. After about 6 hours at the helm on our way to Saugutuck, Stel and I looked over at the shoreline and saw some of the most beautiful sand dunes that we had ever seen. We both felt a strong pull to get a closer look, so we took a hard turn toward the beach and dropped the anchor in about 7 feet of water. We quickly dropped the dinghy in the water and pushed through the surf onto a beach full of weekend boaters. We looked up at the towering dune and then looked at each other with somewhat confident expressions. We can climb this thing….can’t we? Half way to the top our lungs were burning, so we took a water break, took some photos, and then continued to the top. Wow, what a view! It would be the only time we would see the expanse and beauty of Lake Michigan from this height, and with a bonus of seeing Estrellita anchored in the clear blue water below.

On the following Tuesday morning, we delayed our departure from Michigan City, Indiana knowing that the winds were predicted to die later in the morning. We finally pulled out of the marina and headed west across the bottom section of Lake Michigan. We were rocked and rolled for a few hours as the swells struck us on our beam, but then as we saw the Chicago skyline appear on the horizon, the waters calmed as we hoped that they would. It was a stunningly beautiful approach into Chicago, and to say the least, we were pretty excited about cruising into the big city after spending so many days in the small towns of Michigan. Neither Stel or I have ever spent any time in Chicago, so our plan is to spend at least 5 days in the windy city. We made reservations to stay in DuSable Marina, which is located in the heart of the city with a landscape of skyscrapers towering over our “little” Estrellita. 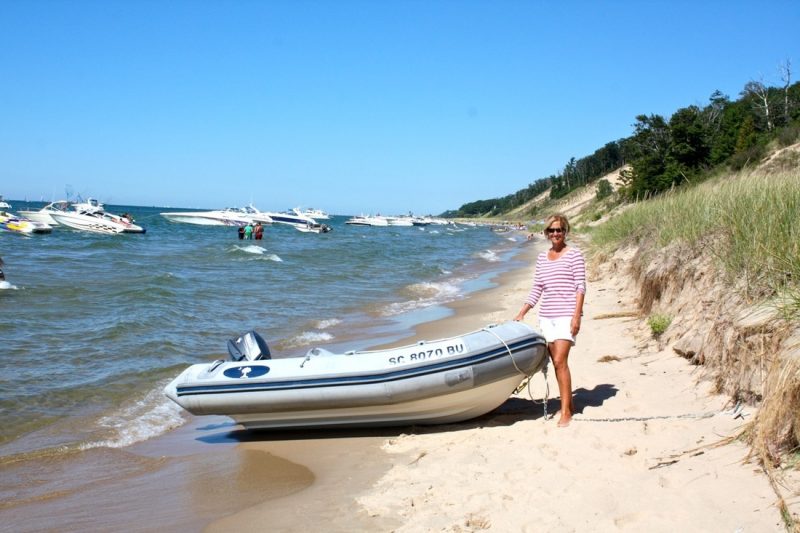 Unplanned stop to play on the famous dunes of Lake Michigan 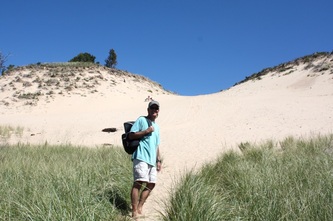 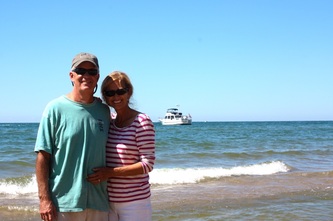 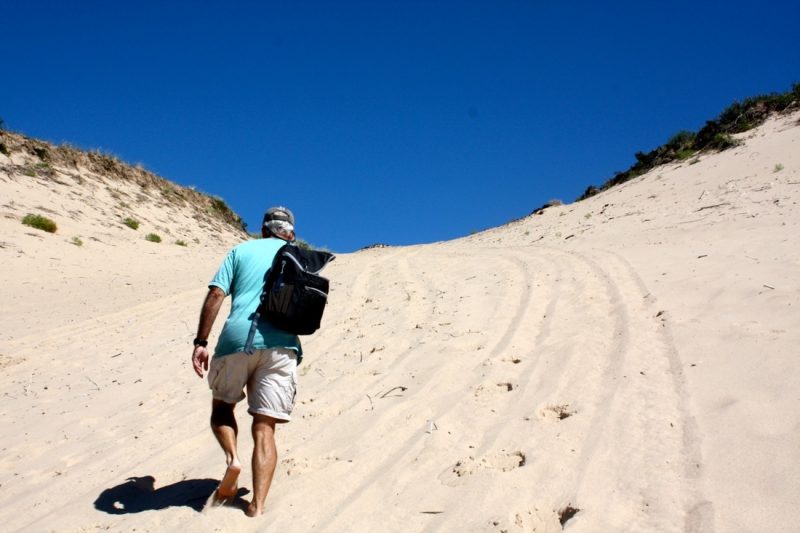 Put the camera down and climb baby…..climb. 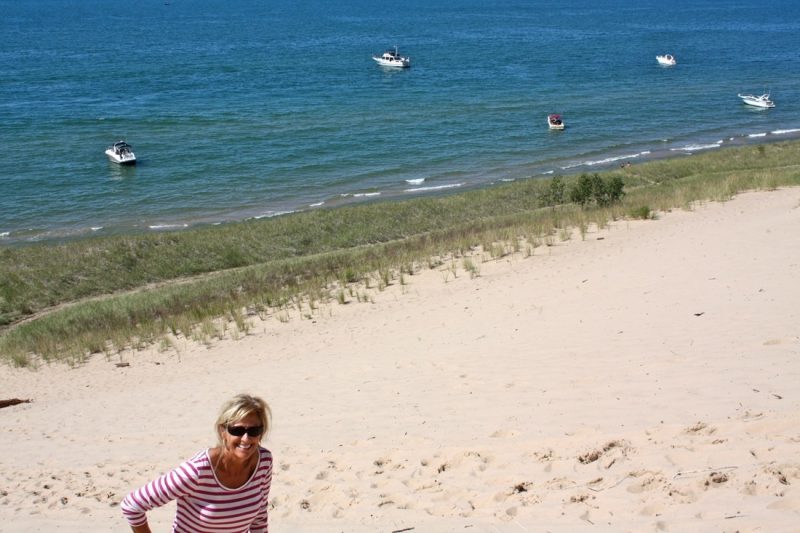 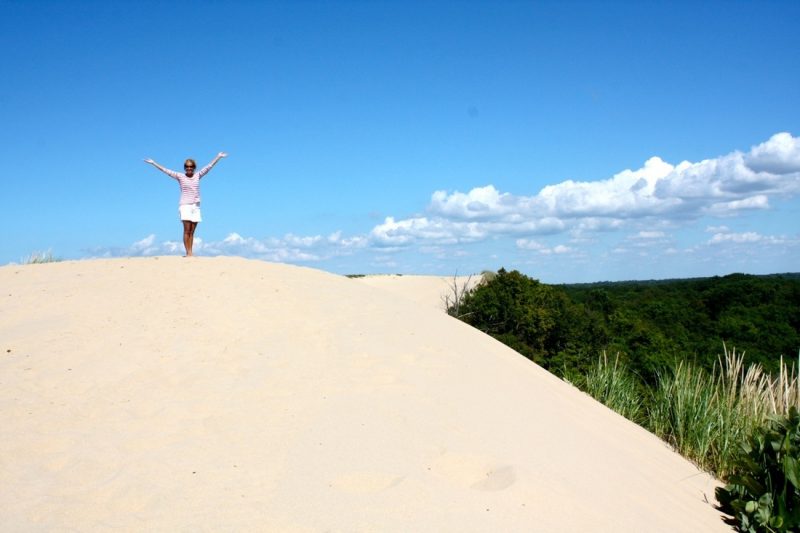 She’s my queen of the hill 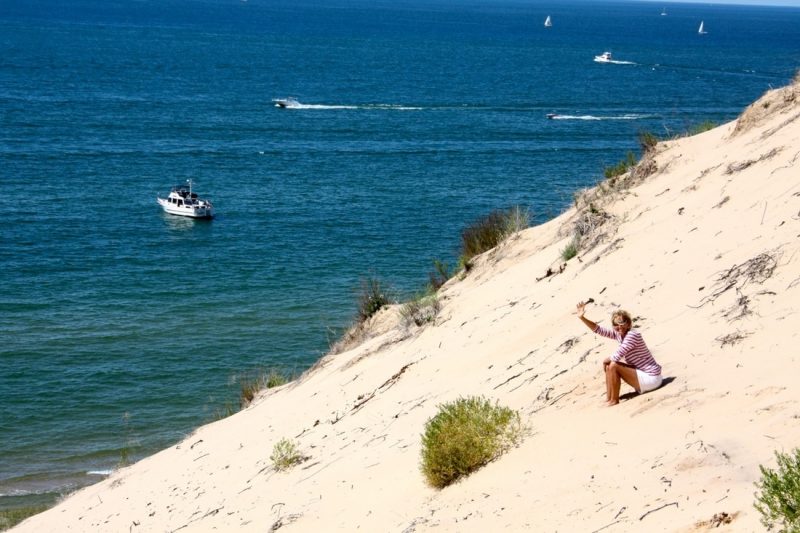 Two of my favorite girls….Stel and Estrellita at anchor 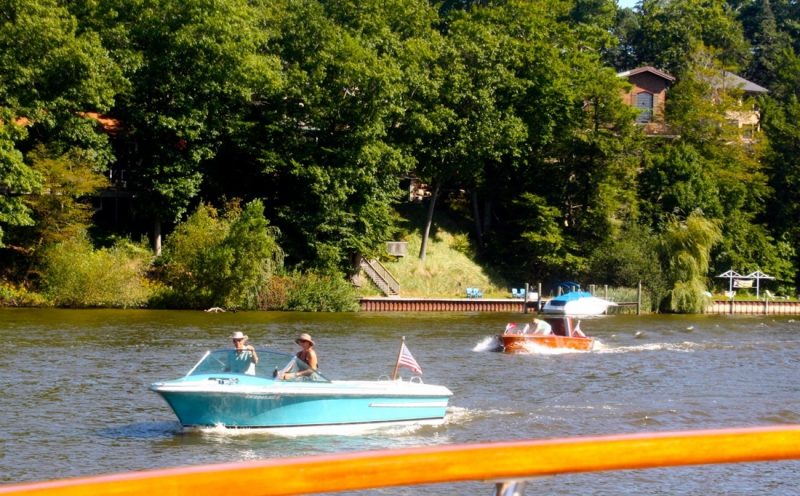 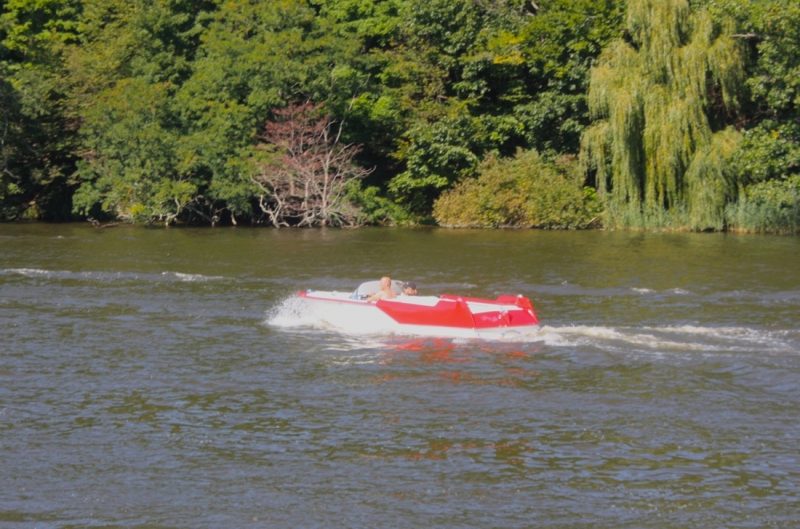 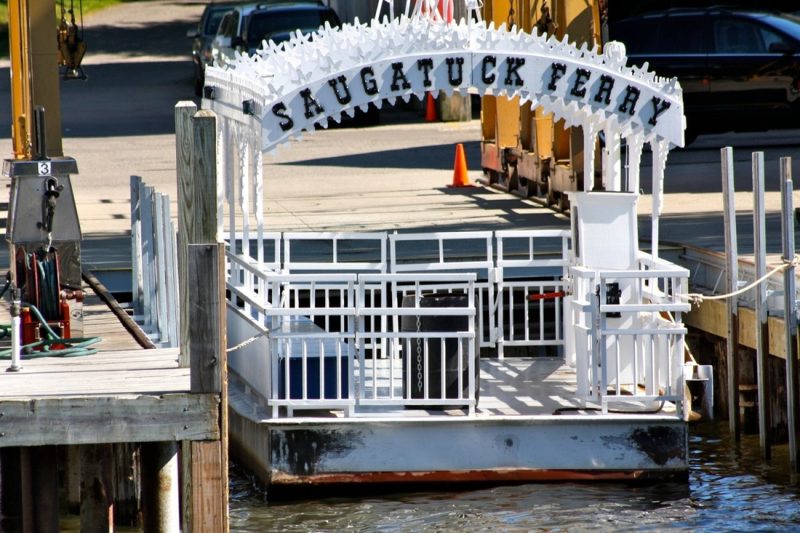 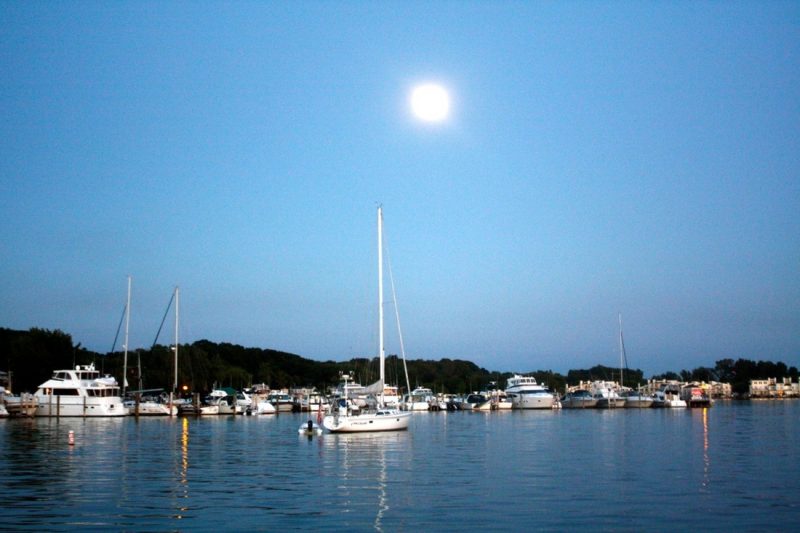 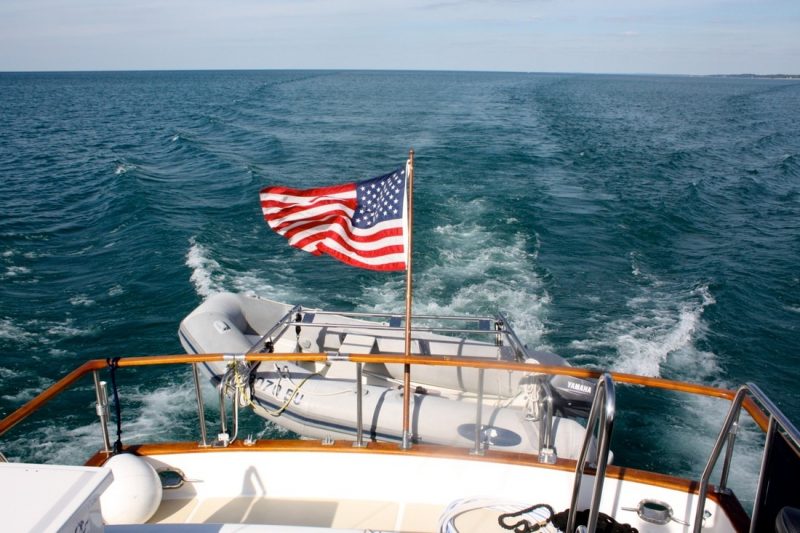 Leaving beautiful Michigan behind as we cross to Illinois 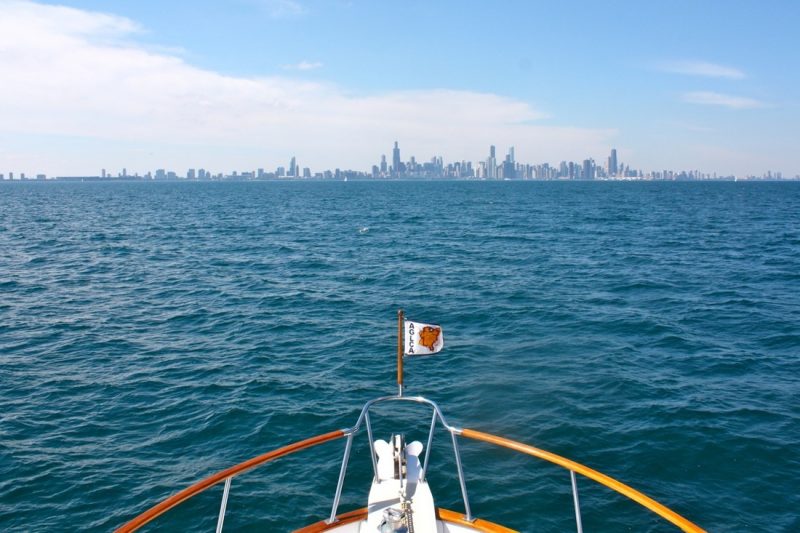 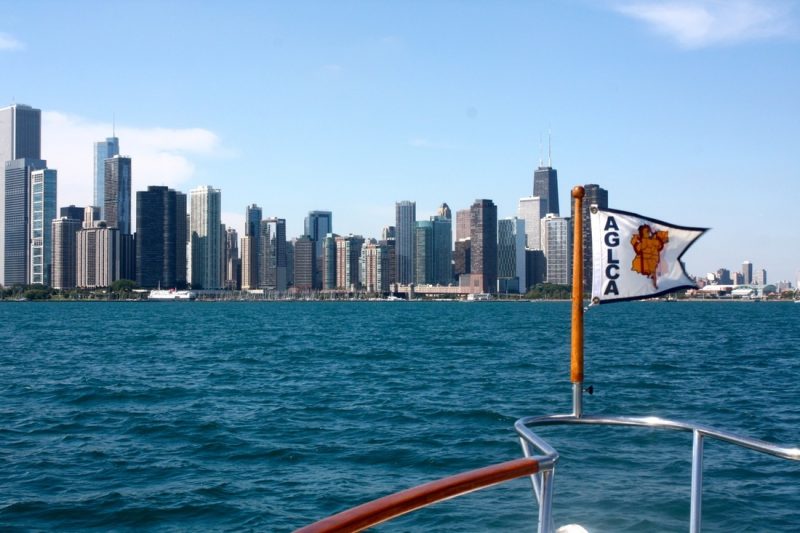 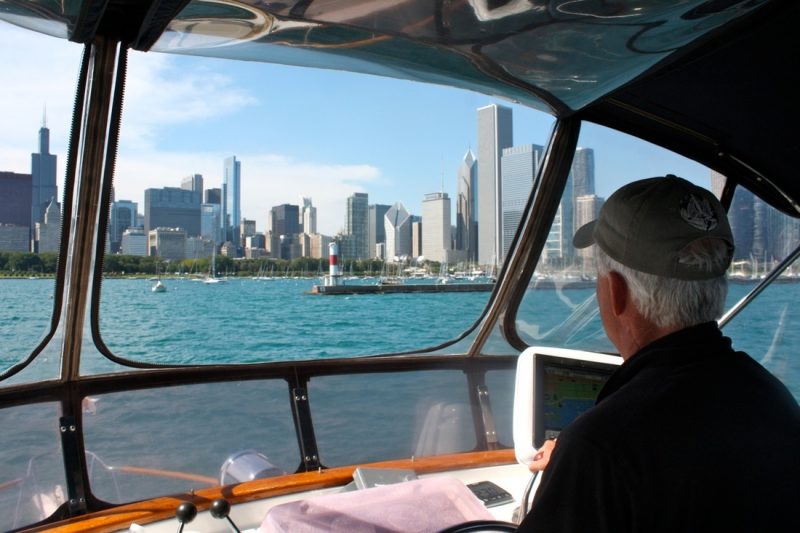 Wondering if I really want to leave the peacefulness of the middle of the lake. 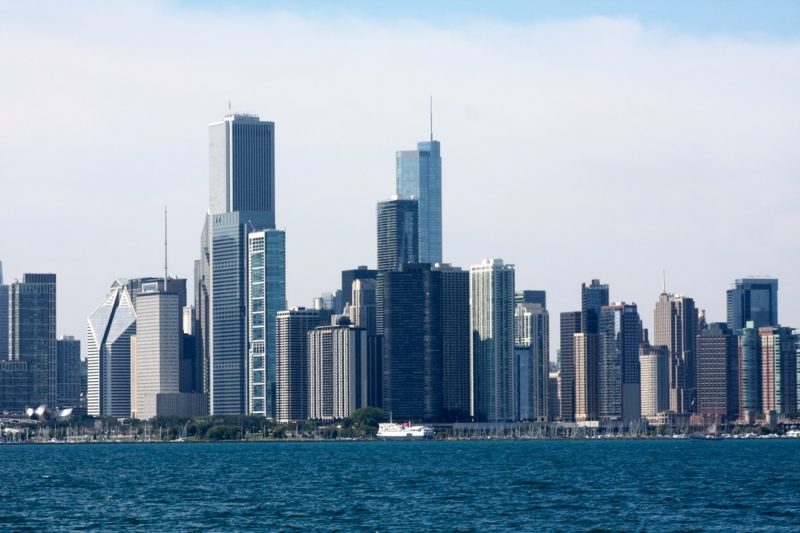 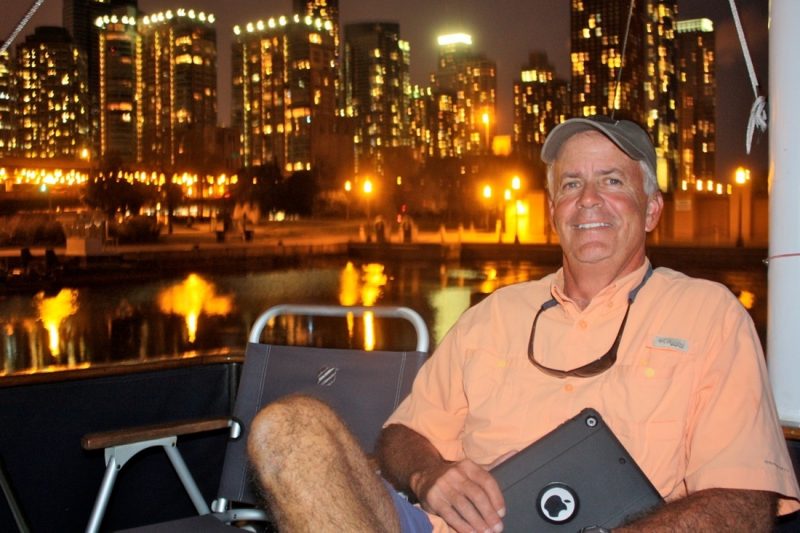 Fortunate to get a slip with an unbelievable view 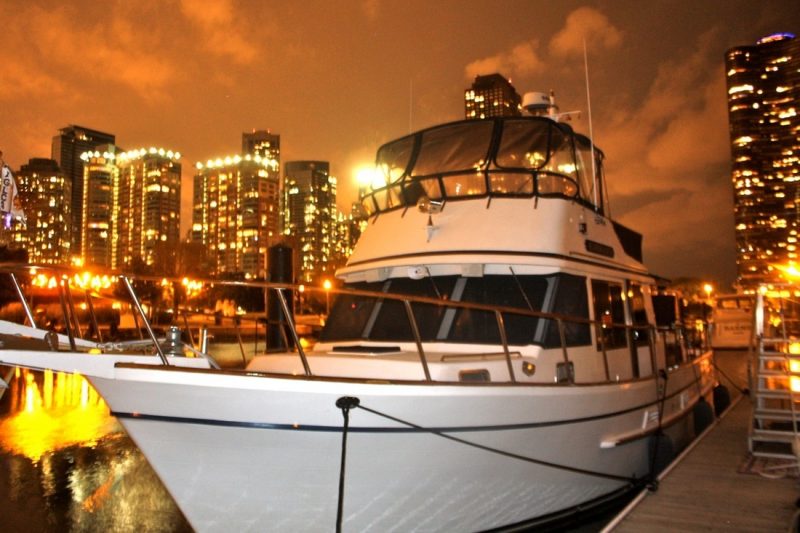 Would somebody cut off the lights….we’re trying to get some sleep! 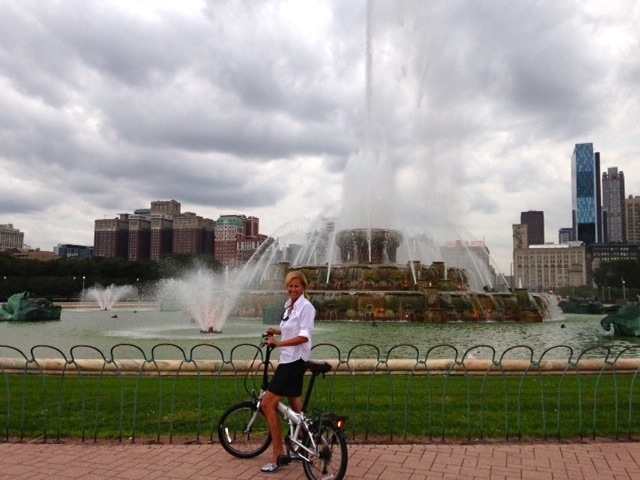 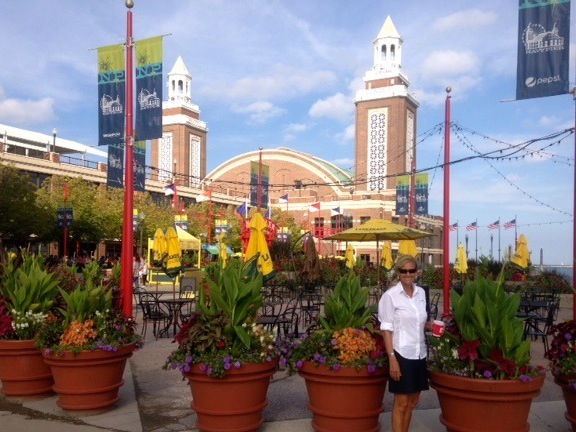 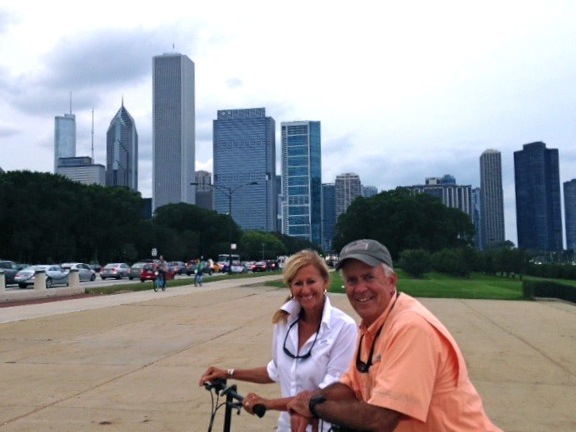 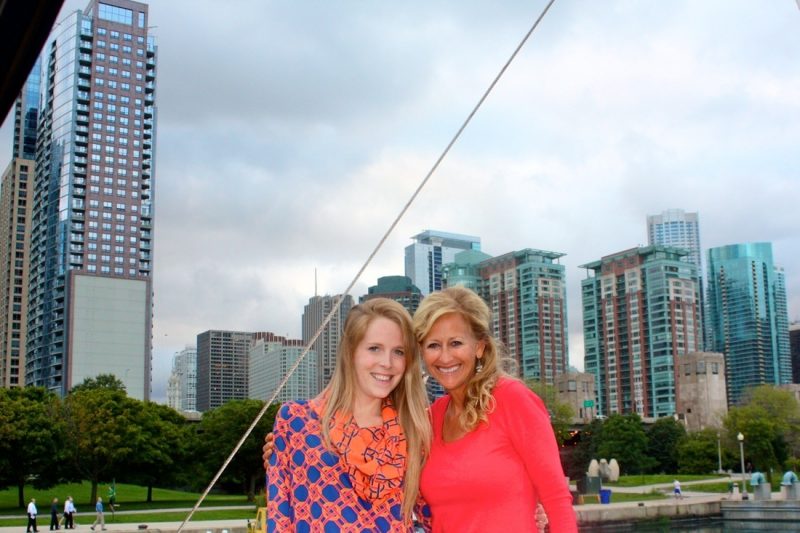 Visit from Kathryn Carpenter, daughter of our great friends from Charleston