Day 8 and 9 – We had boat church yesterday morning with the reading of our daily devotion, discussion and prayer time, then left Carolina Beach State Park Marina at about nine and cruised north up the ICW for about six hours to one of our favorite anchorages called Mile Hammock Bay within the Camp Lejeune Marine base. It’s a large man-made reservoir just off of the waterway that’s approximately 10’ deep and within a short dinghy ride to a beautiful sandy barrier beach between our anchorage and the Atlantic. The water here is an emerald green and much clearer than what we are used to in the Charleston area. At this time of year, there are usually 10 to 15 boats anchored in the reservoir, so it is usually a great time to meet other cruisers. The reservoir was built for the Marines to use as a training area common so you will often be entertained by maneuvers taking place in and around the reservoir. Tranquility is sometimes at risk if the Marines decide that they will practice night maneuvers with rubber attack boats, dive teams and helicopters. When we woke up at about seven this morning, we looked around the basin and saw that all of the other boats had already pulled anchor and left. We wondered whether other boats had received an evacuation notice that we had not gotten, possibly due to a live fire exercise in the area. We saw Marines on edge of the water and decided that coffee and toast were not a priority. We pulled the anchor and headed out to avoid the risk of being a convenient artillery training target.

It was a beautiful two hour cruise to Swansboro, NC, known as “The Friendliest City by the Sea.“ It is a beautiful little Colonial port built on fishing and boat building, and like so many other North Carolina coastal towns, it is experiencing a rebirth within its historic and waterfront areas. We will probably sit it out here until this cold front blows through. We look forward to digging out our rain gear tomorrow and riding our bikes to all of the waterfront shops and restaurants. That is a direct quote from my first mate. 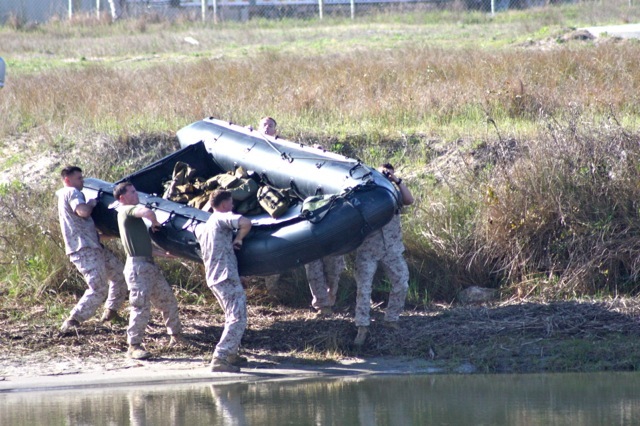 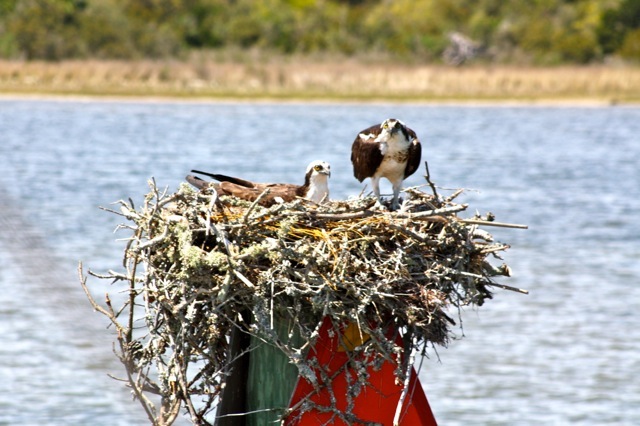 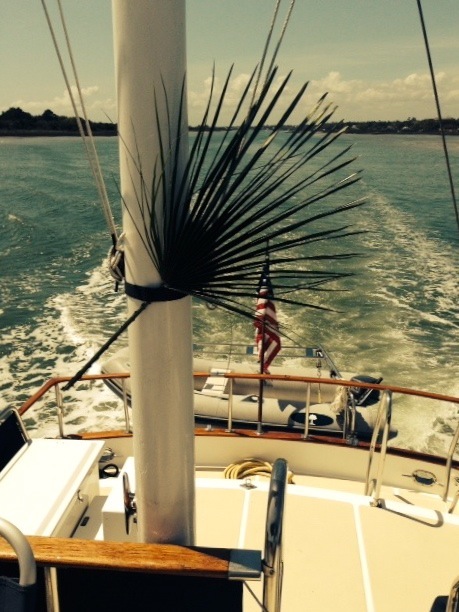 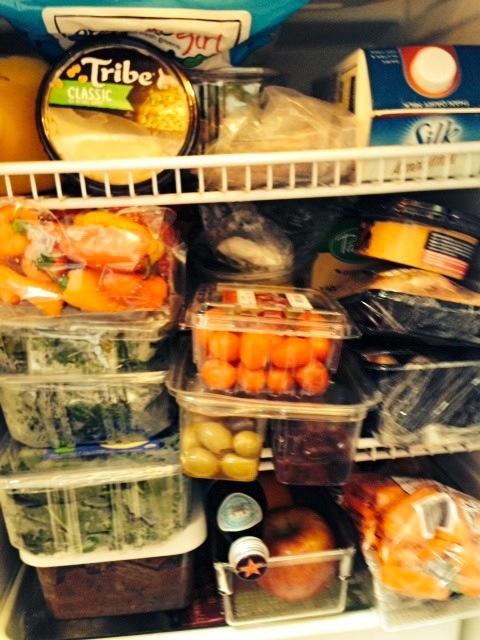